Ending the app trap: why (and how) we need to reform the gig economy

Today Doteveryone publishes Better Work in the Gig Economy, new research into how to meet the needs of those who are most disadvantaged by gig economy work.

Based on in-depth research with gig workers from around the country, the report shares the stories of gig workers for whom the app has become a trap, and calls for policy change and platform redesign that champion three pillars of better work:

Understanding the lives of gig economy workers, from Uber drivers in Stoke-on-Trent to handymen in Hackney

The gig economy is diverse and includes everyone from Uber drivers and Deliveroo riders to occupational therapists, carers, accountants, and handymen. Many workers earn a good living and enjoy the flexibility gigs provide. But for some, this work is destabilising, dehumanising and dispiriting.

In our research, we wanted to give a platform to these people who depend on the gig economy to live – the workers who get most of the downsides of the gig economy, with few of the benefits. Over seven months we shadowed Uber drivers in Stoke-on-Trent, interviewed micro-taskers, cycle couriers, handymen and cleaners, and travelled to Copenhagen for the 2019 TechFestival to champion workers’ ideas for change.

As well as listening to their experiences, we got their input into our recommendations.  Some of these have been captured in our imagined platform – AvocaGo that caters to the customer’s every avocado need –  which prototypes what the best practice, responsible technology approach to gig work might look like.

The gig economy feels like quick-sand and you need a lot of support to get out of it… [the platform] wants to keep you in this low-paying box so you don’t evolve – Cleaner, London

Nationwide data shows gig workers are more likely than others to ‘live in their overdraft’. Their financial woes can be traced back to several distinct features of the digital gig economy.

Fundamentally this is often a problem of low pay, where an ok hourly wage becomes a terrible one in the face of unavoidable costs like insurance and equipment fees and hours of unpaid work waiting for gigs, time spent PRing profiles or learning how to navigate constantly-changing platforms.

Their problems multiply when these pressures expose workers to risks – for example, a minority opt of out of insurance due to costs, or fell out of work due to illness and injury – and are left to deal with the fall-out. As one cycle courier said,  “It’s not clear what you can do to financially survive if you do have an accident”

Without social safety nets from an employer, gig workers must bear the cost (some larger platforms, notably Deliveroo and Uber, do offer workers insurance and holiday pay but these benefits are capped and dependent on workers meeting eligibility criteria). These issues are compounded by a power imbalance between platforms and workers, where data that could be used to predict peaks and troughs in earnings and plan for the future is only partially visible to the workers it concerns.

We call on the Government to develop and enforce a Minimum Gig Wage that accounts for the costs of doing gig work, and for platform to give workers the data they need to plan for their financial futures.

On the streets people talk to you in a different way – they think you’re just like a McDonald’s worker kind of thing. They’re thinking this is a low-paid job and you don’t deserve respect…[Platforms and customers] should treat us like people rather than robots – cycle courier, London

The people we spoke to who were reliant on gig work described how management by algorithm – where a faceless app mediates all their interactions – leaves them voiceless and disrespected.

That is not to say they’re ashamed of what they do – as one driver said, “I tell people I’m an Uber driver and I’m proud of it” – but they do wish they had more agency to define how they do it.

Many bemoaned the distance between platforms and workers, where some digital gigs come with no more than generic automated support, facilitated by chatbots and boilerplate FAQ webpages, that lack the nuance and context needed to answer their complaints.

They see the number, they don’t see me, they don’t talk to me directly… that’s the difference between what I’m doing now and what I want to do – Rider, London

This extends to the design of apps and the algorithms that underpin them, where decisions made by platforms are often imposed unilaterally, or at best after consultation with a relatively small group of workers.

We’re calling for gig companies to create new governance structures that give workers a greater voice in how apps are designed and enable them to co-design features that directly affect them and their work. And in a world where interactions are mediated through an app and often automated or ignored, we propose that workers can have access to human interaction to solve their questions or seek redress.

I don’t have the time to improve my skills, because my number one priority is to be earning enough to survive, be comfortable – Microtasker, Birmingham

The people we spoke to all clearly articulated their own dreams, from becoming a stunt-women to “being as rich as Flloyd Mayweather”. But many lacked a roadmap for making these dreams a reality, held back by long hours, financial insecurity and piecemeal gig work.

Apps fragment careers into unpredictable micro-chunks, framing workers’ worldviews in units of minutes and hours and narrowing their horizons. Other features – algorithmic surge pricing, short-term ratings and performance metrics, for example – also focus workers attention on the present at the expense of the future.

Going on holiday could affect your statistics, you’re only as good as your last month. If you took more than a few weeks off you’d find it hard to then book on good shifts – Courier, Milton Keynes

Some workers described an alternative future where they could define the feedback that’s most helpful to them, focusing on transferable skills that they could use to take the next step up their career ladder or progress within digital gig work itself.

To make this a reality, we call on the Government to broaden the National Retraining Scheme to include services that work in the context of gig workers lived experiences, that can be accessed around fragmented gigs and include holistic financial and wellbeing support.

We’ve also prototyped the concept of the Help Hotspot. Workers would be able to access these through the app for a broad range of drop-in support – from equipment repairs to creating a pathway to longer-term career opportunities – at a location and time that fits into their daily lives.

All our recommendations take a broad approach to drive change. Government, businesses and consumers must all work together to ensure that technology is supporting a fairer future of work for everyone.

Help us make these recommendations a reality:

We appreciate both support and challenge and hope that this work will contribute to shaping how technology is made and used so that it supports a fair, inclusive and sustainable democratic society. 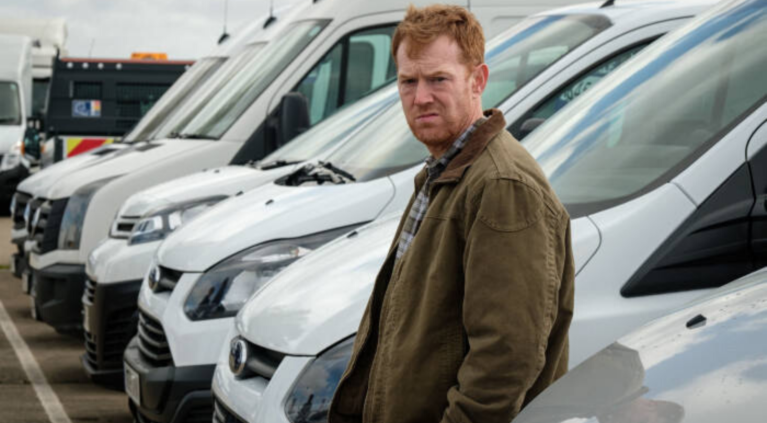 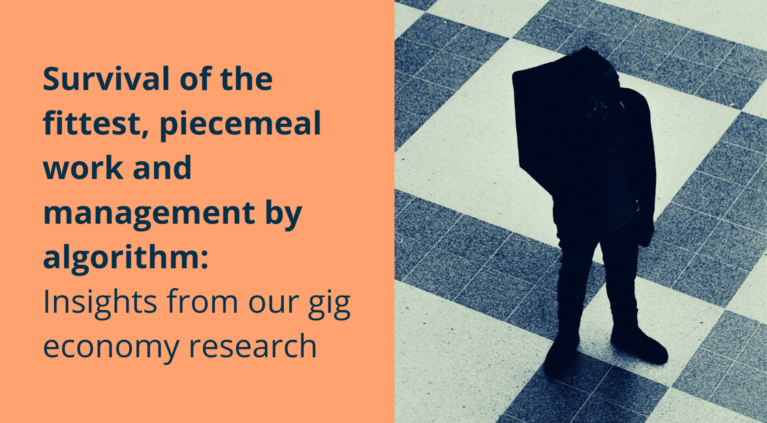 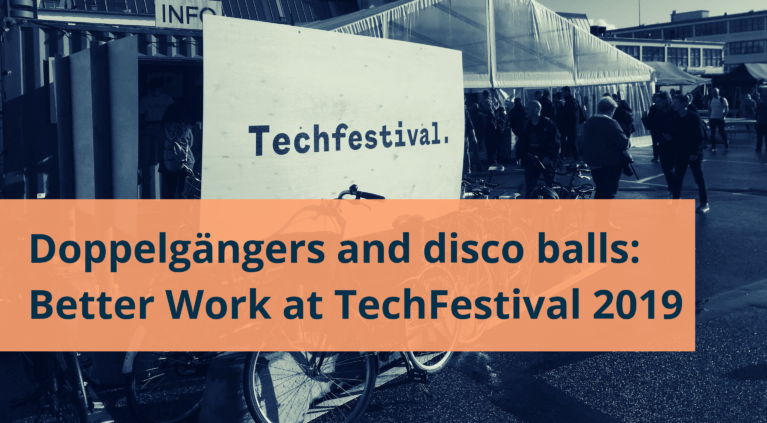 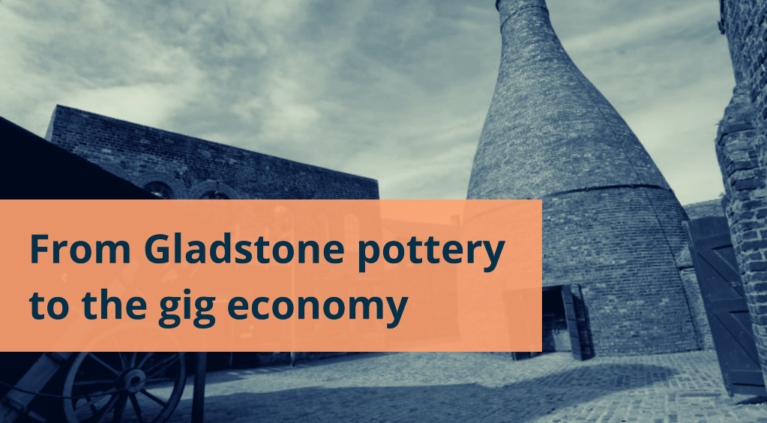